News
Call for people to be more aware of access issues

As a retired architect and access consultant, and a carer for his blind son, Ross Sands is passionate about making sure that people with vision loss aren't flying blind.

On International White Cane Day and the start of Carer's Week, Ross believes more can be done by people as they walk around the city and those who design public buildings to ensure greater accessibility.

His son Andrew, 44, has been blind from birth because of a brain injury and cannot feel objects or sense touch. He only has pin-prick size available vision.

His best friend is his white cane, that he has nicknamed "Mickey" and is the key to his mobility.

"I use it to find my way around safely," Andrew said. "But it would be nice if people didn't bump into me."

Andrew believes that he is being bumped more in crowded areas because people have their eyes down and on their mobile phones.

His father has noticed it on the Glenelg tram where it's heads down and people aren't looking around them and Rundle Mall is also an issue. He says that's a pity because by being on the phone "they are missing the whole world."

Ross explains that when in crowds Andrew will bring his cane close to his body so people don't trip. However people could be more aware of their surroundings, not be in so much of a hurry and keep their Eyes Up.

Guide Dogs Australia is calling on the community to lift their eyes while on their mobile phones to mark International White Cane Day today.

Ross also has called for more people to be aware of the importance of hazard and directional tactile indicators on streets and in buildings. Known as tactile ground surface indicators they are used by people with low vision to be alerted of hazards such as kerbs, the start of ramps, stairs and edge of train platforms through round, raised dots or directions by the use of lines to indicate bus stops.

He points to the Southern Cross Railway station in Melbourne as being a good example of accessibility, but people standing on and crowding around the tactile markers makes it hard for Andrew and others to safely navigate.

It would also be helpful if more could be done to ensure bright contrast on information signs and between tactile markers and the surrounding surfaces.

Ross is a member of the Guide Dogs SA/NT Carers Group and finds the interaction with other carers invaluable to sharing information and picking up tips on how to access services that Andrew can use independently.

Watch Guide Dogs Australia's video produced for International White Cane Day to experience the challenges from the perspective of a White Cane user.

More information about the Eyes Up campaign, Guide Dogs Vision Services and the Carer's Group. 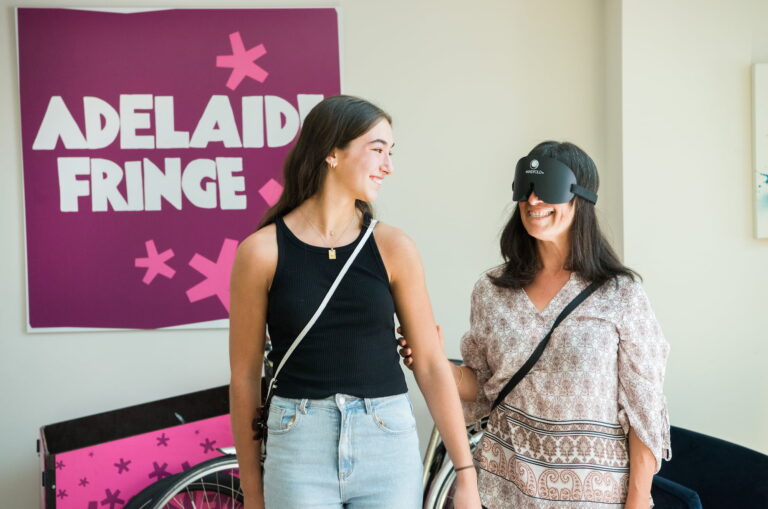 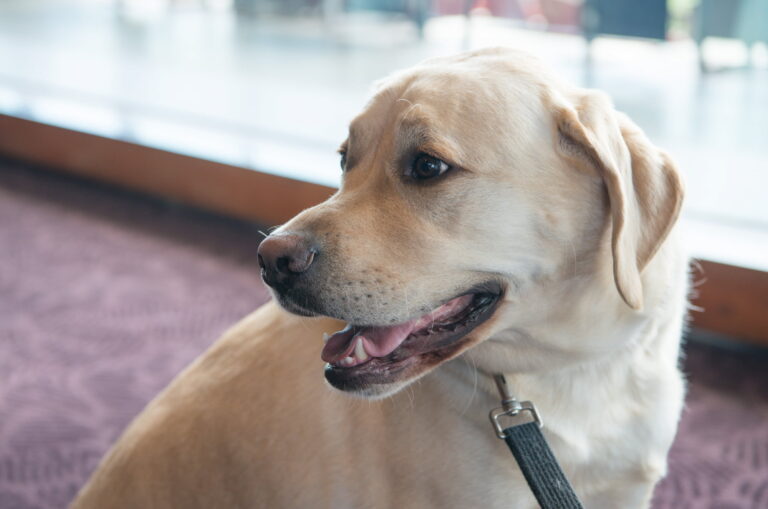 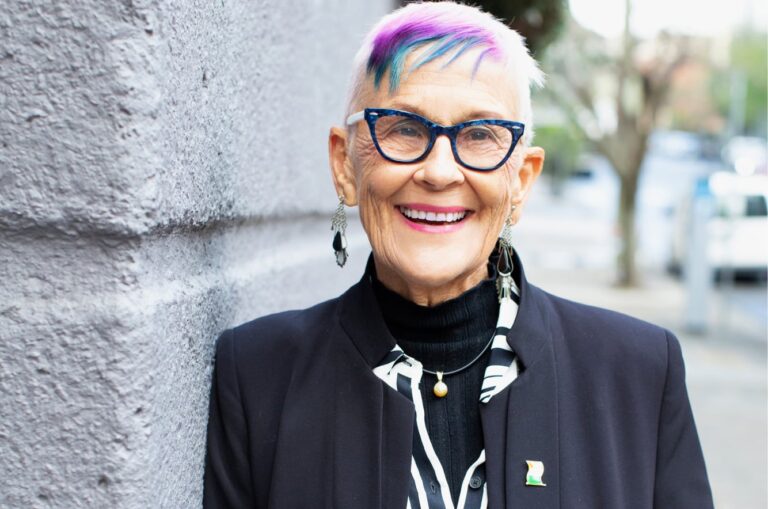 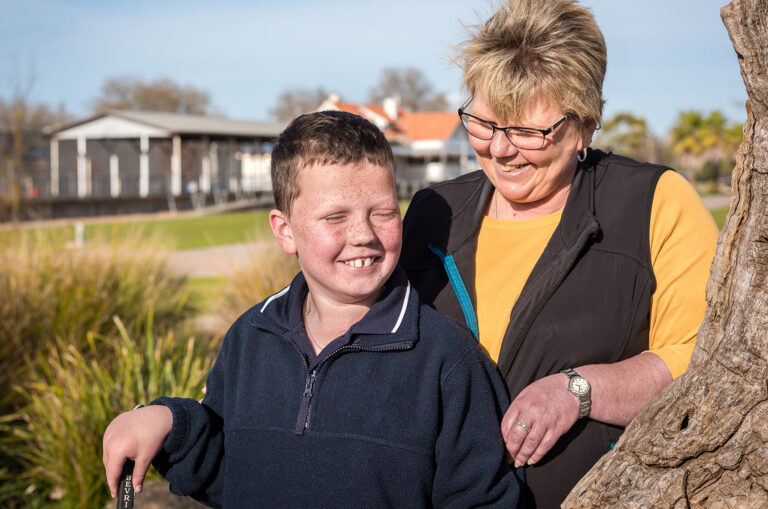 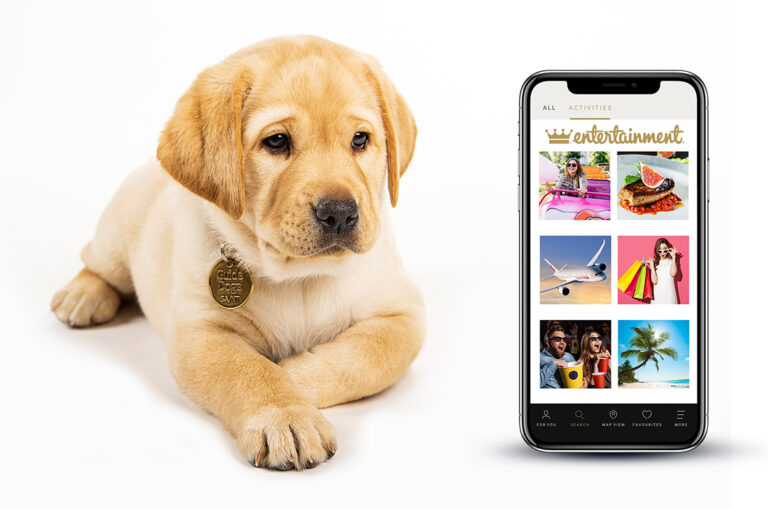 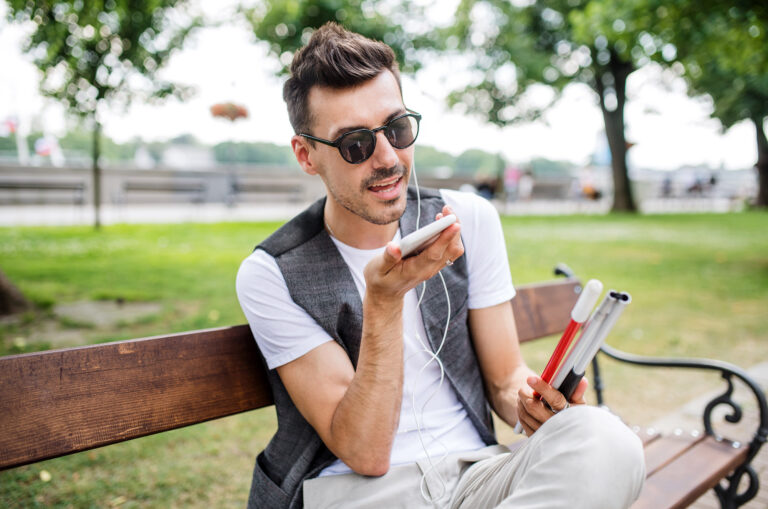 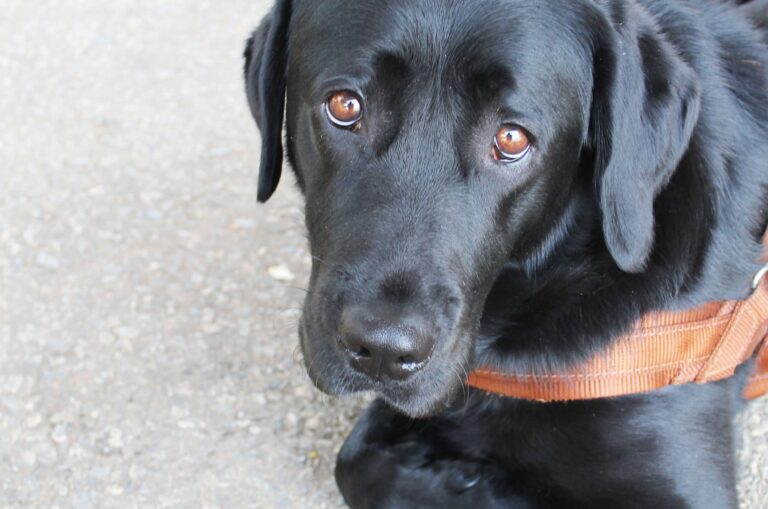